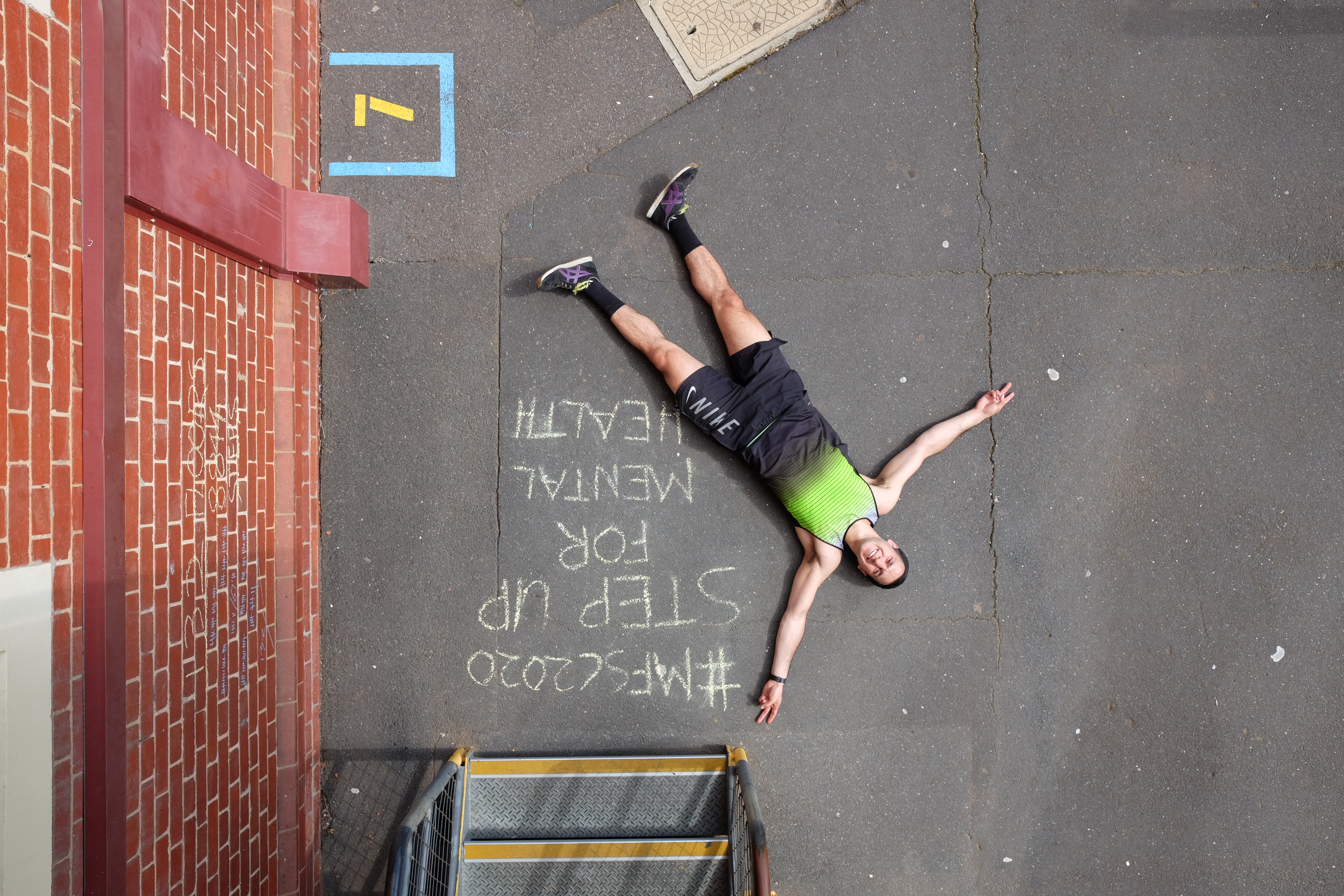 The first 67 laps to honour those passed were taken at a walking pace, then the pace was increased on the descent from lap 67-111, and the final 10mins (112-132 laps) were done at a running pace both up and down.

Our black labrador Cully also overcame her anxiety around stairs to join the cause for mental health by climbing 5 laps / 15 floors / 690 steps (across numerous partial attempts following me).

On September 19th, I’ll be spending my 28th birthday taking part in a million steps for mental health and helping to $500,000 for Lifeline, the Black Dog Institute and 000 Foundation to improve support services, fund research, remove stigmas and raise awareness of Mental health issues like depression, Post Traumatic Stress Injury and suicide, especially for those within the Emergency Service and Defence communities.

3,046 Australians lost their lives to suicide in the last year, so this year’s challenge is to climb at least 3,046 steps to honour their memory. Instead of the annual climb to 28th floor of the Crown Metropol Hotel, my aim is to scale a local fire escape staircase (46 steps) at least 67 times to attain this on the ASCENT. Given time and energy, I will continue on to a personal target.

PLEASE HELP THOSE NEEDING SUPPORT BY DONATING TO THE CAUSE – 100% of every dollar donated will go to mental health – https://www.firefighterclimb.org.au/climber/tommisso/

– 3 million Australians are living with depression and anxiety
– 1 in 4 Australians will suffer from a mental illness in their lifetime
– Suicide is the leading cause of death for Australians aged between 15 and 44
– Over 3,000 Australians die by suicide every year, an average of eight people every day
– 10% of our Emergency Services Members suffer from PTSI
– In 2015 alone, 41 members of the Australian Defence Force died by their own hand on home soil, which is more than we lost on the battlefield during 14 years of war in Afghanistan
– Between 2001 and 2016, 373 members of the ADF took their own lives

Hopefully, next year I can honour this cause again for the first time in uniform with Fire Rescue Victoria